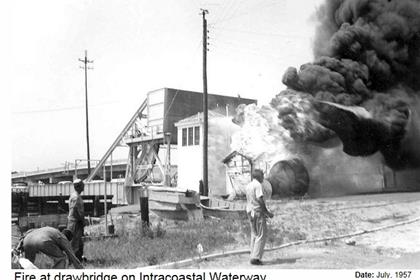 Wrightsville Beach has always been vulnerable to fires because of high winds, wood-frame homes in close proximity and an initial lack of a fire department with necessary equipment.

The community’s volunteer fire brigade formed around 1915, but didn’t have a modern fire engine until the mid-1940s. Eventually, more trucks were added to the fleet and, in 1984, Chief Everett Ward became the first paid firefighter. Here’s a look at the fires that have plagued Wrightsville Beach over the years.

There was no volunteer fire department at this time, so this blaze easily destroyed the Island Beach Hotel, which had opened its doors in 1888, along with the properties ballroom and pavilion. The hotel had 160 rooms, a grand ballroom and a 4,300-square-foot pavilion for concerts and dancing.

The Seashore Hotel suffered its first major fire in 1919, when the building, which at the time boasted 110 rooms and entertainment like billiards and bowling alleys, was destroyed. A lack of wind and a later thunderstorm helped contain this blaze.

In the 1920s, Shell Island was the premier resort for African Americans, with hotels, private cottages, bath halls, concessions and a dance pavilion. Visitors would travel from 50 cities in 10 different states because the resort was so unusual at the time. In June of 1926, a fire started in a dining room and, within a half hour, left the pavilion in ruins. Only five buildings escaped the blaze because of strong southerly winds and a lack of resources. Despite promoting goodwill between whites and blacks in the South, the resort was never rebuilt.

This fire which destroyed most of Wrightsville beach is thought to have originated in the Kitty Cottage Either improperly discarded smoking materials or an electric iron is thought to be the cause.

103 buildings were destroyed including the Oceanic Hotel. IN less than 3 hours a third of the beach was destroyed. The City of Wilmington FIre Department was called to assist. At his time there was no automobile bridge and all traffic came on the island by trolley or boat. An engine from Wilmington was loaded on the trolley and responded to Wrightsville Beach. After disembarking from the trolley the engine became stuck in sand.

The fire, at first whipped by a brisk westerly wind, enveloped the Kitty Cottage and then lashed by a gale that shifted to the south-southwest, spread to the historic Oceanic Hotel, a rambling structure of several hundred rooms, and then leaped back to consume the handsome Sprunt, Bear, Wright, and Sternberger summer homes“

After the Seashore Hotel survived the Great Fire of 1934, the owners of the Kitty Cottage leased the building and renamed it the Ocean Terrace Hotel. After suffering damage from Hurricane Hazel in 1954, the hotel was ravaged by fire in 1955. By 1964, it was replaced by the Blockade Runner. 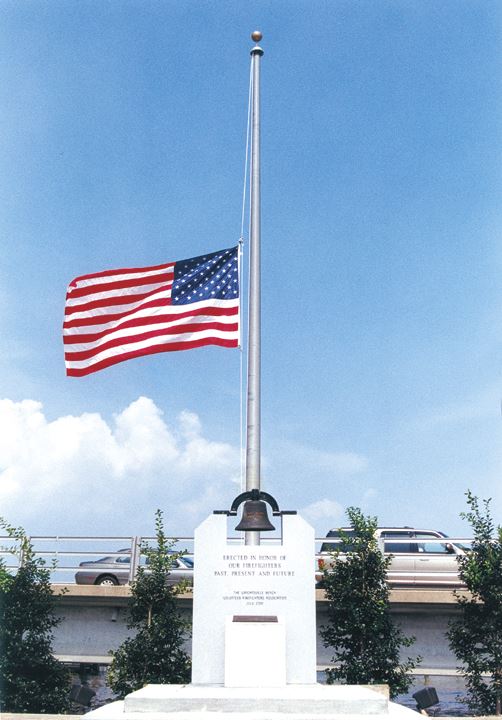 On December 6, 1981, at 1:13am, the Wrightsville Beach Volunteer Fire Department responded to 555 S. Lumina to find the Doak Apartments involved in fire. Fire was extending to the Hanover Seaside Club building and the Carolina Temple Apartments immediate north of the Doak was in imminent peril.

In an effort to save the Hanover Seaside Club, three volunteer fire fighters entered it with hose lines. They were Lieutenant Bill Ivins, Firefighter Jon Dennison, and Lieutenant Robert M. Wynn. In the course of this action, a severe flashover occurred on the third floor where Dennison and Wynn were advancing hose. Robert Wynn was killed and Jon Dennison was severely injured with second and third degree burns. Dennison was 21 at the time of the accident, Wynn was 28.

Robert M. Wynn was an assistant manager at the Blockade Runner Hotel and a lieutenant in the volunteer fire department. He had responded from the hotel that morning just as he was getting ready to go off shift. He had come to Wrightsville Beach from Beech Mountain where he had worked in the Parks and Recreation Department. At the time of the tragedy, he was considering going back to his home in Greenville, SC to resume a career in parks and recreation and take care of his ailing father. In the spring of 1983, the Town Board was deliberating the future of what was then called the Municipal Dock. At the time the charter boats had essentially left and there was uncertainty as to the fate of the facility. At that time the Fire Chief Everett Ward suggested that the dock area would be an appropriate memorial to Robert M. Wynn. This suggestion was adopted. The Harbor Island Garden Club assisted in landscaping and was instrumental in the dedication that was conducted in May of 1983. Mr. J. C. Drewry donated the existing flagpole from the old post office at Station One. There was a Robert Wynn Memorial Fund that was utilized to supply the granite monument with the bronze plaque that is there now. The Wrightsville Beach Beach Parks and Recreation Department arranged the memorial and Public Works placed the flagpole into position. Today, the Wrightsville Beach Fire Department maintains the flag at Wynn Plaza as a tribute to Robert M. Wynn.who gave his life in the service of his community on December 6, 1981.

In 2001, through the efforts of other dedicated citizens, the members of the Wrightsville Beach Volunteer Firefighters Association, and an extensive partnership of community leaders, the park was remodeled and rededicated as a new symbol of co-operation and public spirit that Robert Mitchell Wynn represented. His memory is shared with the community and all firefighters who give of themselves throughout the nation on a daily basis.